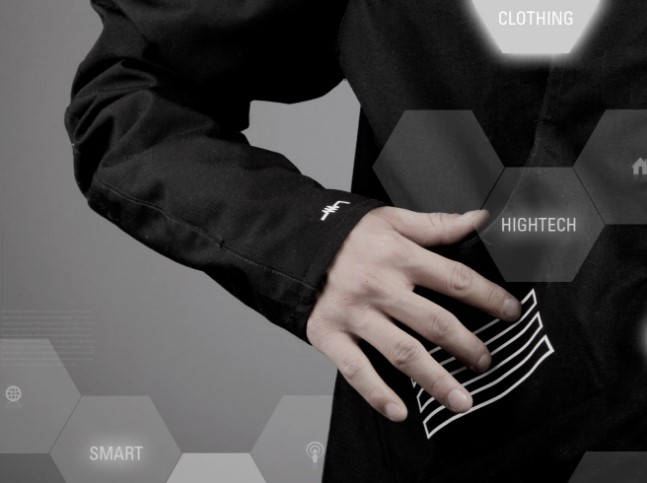 Remember Marty McFly’s self-lacing Nikes in Back to the Future Part II? Well, the movie recently inspired a scientist at the University of Central Florida’s (UCF) NanoScience Technology Center to develop self-charging textiles. Associate Professor Jayan Thomas has successfully developed filaments that harvest and store solar energy and can be woven into fabric and textiles as well. The solar nanotech-powered clothing, a breakthrough in the wearable technology market, is also an example of how art can inspire life.

So, what exactly is solar nanotech-powered clothing?

By combining the qualities of energy storage devices with solar cell devices, the team at UCF has developed filaments that can harvest and store the sun’s energy. These filaments are in the form of thin, flexible, lightweight copper ribbons that can be woven into textiles. They have a solar cell on one side and energy-storing layers on the other and can be placed throughout jackets or other outwear to harvest and store energy to power phones, personal health sensors, and other gadgets. Regarded as one of the most effective methods through which solar energy can be harvested and stored, these copper ribbons overcome the challenge of carrying two distinctive devices (solar cells and storage devices), thereby overcoming the space constraint which is at present being faced.

Increasingly being adopted for monitoring fitness and healthcare, wearable technology is used in infotainment and has military and industrial applications as well. A blanket term for wearable devices, wearable technology involves body-borne computers laden with smart sensors and can be easily worn by the user. These sensors help the wearer to be more organized, help them stay fit, and give information on their vital statistics. Fuel bands, sensory fitness socks, smart watches, and smart glasses are some of the best examples of wearable technology.

Until now, high power consumption had been a major challenge in wearable technology. Most wearable devices make use of wireless networks and GPS, and the battery life of these devices was relatively short. Low battery life was a major impediment in the case of military gadgets and interactive clothing. It is in this context that the solar nanotech-powered clothing has gained prominence.

The invention will turn jackets and other clothing into wearable, solar-powered batteries that never need to be plugged in. Especially in the case of the military, the solar nanotech-powered textile is expected to play a major role. With the copper ribbon placed on the uniforms, the soldiers need not carry pounds of batteries on their bodies. Other military gadgets like ultra-rugged wearable PC and communications kit, head-up displays, and smart shoe monitors can also be improved upon with the use of nanotech-powered textiles. This concept has the potential to be used in electric cars also, by enabling them to generate and store energy whenever in the sun.

Performance Textiles – A New Addition in the Textiles Industry

India Eyes Being the Number One Supplier in Global

All You Need to Know about WTO’s World Textile a