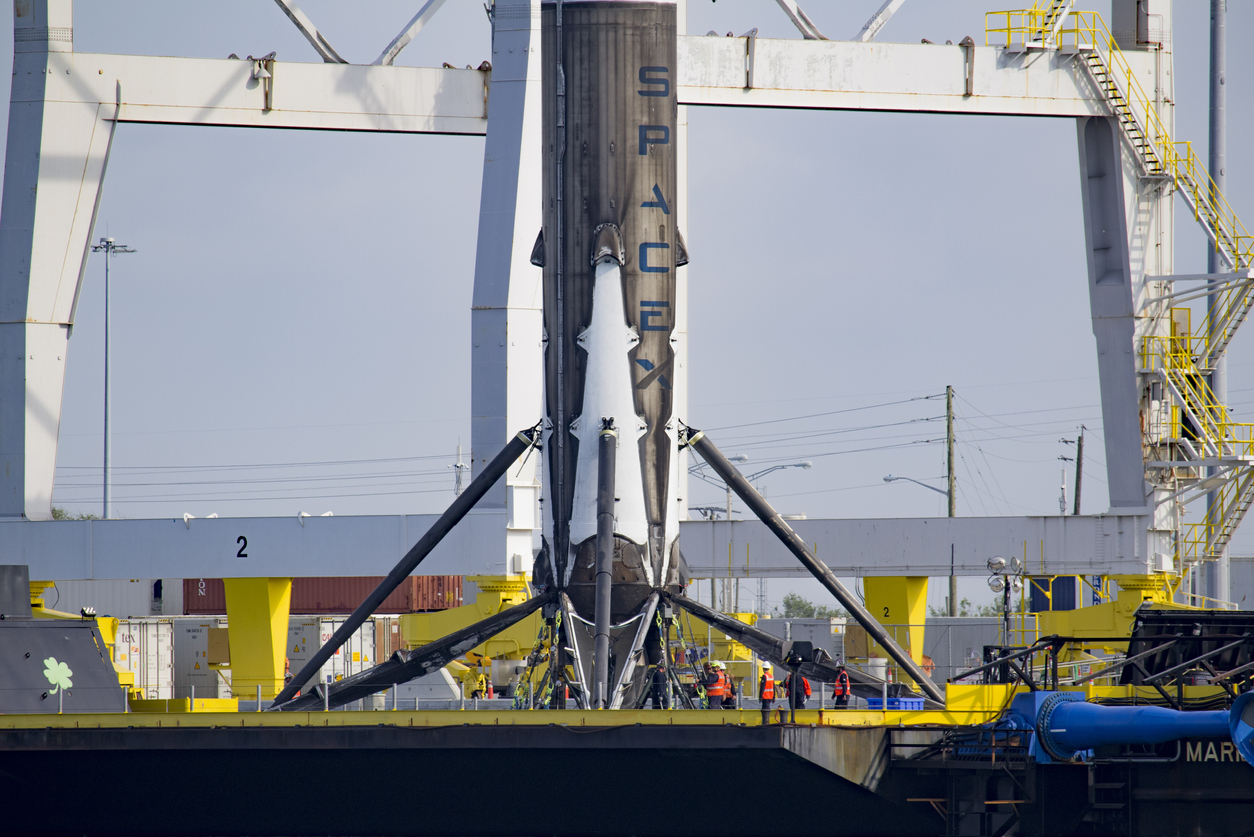 The Current State of the Global Space Industry

The race between public and private space companies is finally starting to take off. Except, the race isn’t really between the two types of companies as they both rely on each other to speed up the real marathon – advancing space exploration. Whether that general term means being the first company to Mars or something else, the future will decide on how to win this “marathon”. What we do know however is, the top 10 space companies in the world are accelerating their innovations in an exponentially growing market. What is the space industry? Space industry refers to economic activities related to manufacturing components that go into Earth’s orbit or beyond, delivering them to those regions and related services. For reference, both the satellite industry and the space industry are sometimes used interchangeably.

BizVibe is already helping the top space companies in the world connect. Connect and track the latest news and insights from these companies.

The space race seems to be between private and public space companies and this competition is great for driving stellar results and innovation at an accelerated rate. Companies such as SpaceX, Blue Origin, and Nevada Sierra have jumped at the chance to advance space technology to take space exploration to the next level.

The list of private spaces companies seem to be growing at an accelerated rate with SpaceX currently the biggest private space company in the world right now, and already ahead of the curve by securing multiple contracts with NASA and other agencies to get ahead of the space race.

Top Space Companies in the World 2020

What is the best space company in the world? As we mentioned above, Space companies — led by SpaceX — raised a record $5.8 billion in private investments last year. Space Angels CEO Chad Anderson said, “These companies are graduating and going from concept to scale”. Private space agencies are dominating the list of the top space companies in the world in 2020, and no other space company is dominating more than SpaceX. Outside of possibly NASA, SpaceX is the most well-known space company in the world and ranks number 1 in this list of top space companies in the world. SpaceX — short for Space Exploration Technologies Corp. — is a private American aerospace manufacturer and space transportation services company headquartered in Hawthorne, California. The company is known for its notable founder Elon Musk; with its innovative goal is to be able to reduce the transportations costs of space travel and to eventually colonize Mars.

SpaceX launched the first privately funded rocket into space with the Falcon 1 launch in 2008. SpaceX is a pioneer in the industry among private space companies as it also launched the Dragon in 2010 into orbit and recovered it as well — making it the first company to accomplish this task. Recent accomplishments for SpaceX include the Falcon 9, a rocket with engines that are 50% more powerful than its predecessors. Launch facilities for SpaceX are in Cape Canaveral, Vandenberg, Kennedy Space Center, and Brownsville. Due to its innovation, SpaceX ranks number in our list of the top space companies in the world in 2020. SpaceX is valued at $33.3 billion, investors familiar with the company’s latest round told CNBC on Friday. Tesla’s market cap was $32.8 billion at the end of trading Friday.

According to this list the best space company in the world maybe SpaceX, but what is the biggest space company in the world? That feat should go to none other than NASA itself. NASA is the first space agency to land a man on the moon, and it accomplished this innovative space feat back in 1969 when it landed Neil Armstrong on the moon, winning the “space race”.  NASA is short for The National Aeronautics and Space Administration is an independent agency of the United States Federal Government responsible for the civilian space program, as well as aeronautics and space research.

In recent news, NASA has sent rovers to Mars and is also on the task of eventually getting to the red planet like SpaceX. According to NASA, current plans have astronauts going back to the moon on the Orion spacecraft for further space exploration research.

The private space race sounds like a marathon at this point with SpaceX, Sierra Nevada, Blue Origin, and now even Boeing joining this race. With its  CST-100 Starliner commercial spacecraft, the company is about as serious as any of the biggest space companies in the world about getting to astronauts into space. Recently the rocket passed all safety requirements and tests needed to successfully launch a new generation of space explorers.  Boeing’s space program is also known for designing and building advanced space and communications systems for military, commercial and scientific uses, including advanced digital payload, all-electric propulsion, and 3D manufacturing capabilities for spacecraft that can operate in the geosynchronous, medium-Earth-orbital or low-Earth-orbital planes. Due to its innovation in the space technology industry and being a consistent supplier to many other companies and agencies, Boeing ranks 3rd on our list of the top space companies in the world for 2020.

Like SpaceX, Blue Origin was also founded by another notable billionaire. Blue Origin was founded by Jeff Bezos, the founder of Amazon. The main goal for Blue Origin is to make spaceflights accessible to private citizens. Recent accomplishments include moving into the orbital spaceflight technology business in 2014, as a rocket engine supplier but since has devised plans to manufacture and fly its own orbital launch vehicle.

Blue Origin’s innovative rocket engine developments include BE-1, BE-2, BE-3, BE-3U, BE-4, BE-7, and the pusher escape motor.  Blue Origin has collaborated with NASA, DARPA, United Launch Alliance, and the United States Space Force in recent years. Blue Origin’s launch vehicles include low-altitude flight test platforms such as the Charon, and Goddard, in addition to New Shepard and New Glenn launch vehicles.

Ranking 5th on this list of the top space companies in the world is Sierra Nevada Corporation, an American privately held electronic systems provider and systems integrator specializing in microsatellites, telemedicine, and commercial orbital transportation services. In terms of space technology, SNC is notable for its Dream Chaser crewed spacecraft to hopefully replace the now-defunct Space Shuttle. In 2021, SNC will use United Launch Alliance’s Vulcan Centaur rocket as the launch vehicle for Dream Chaser’s cargo configuration.

The Roscosmos State Corporation for Space Activities is responsible for space flights and cosmonautics programs for the Russian Federation. Roscosmos was the first space agency to send a man into extraterrestrial orbit. Today the company is focused on space exploration, and just started construction on the new headquarters in Moscow, Zavodskaya Street 18: The National Space Centre. Roscosmos’ current space programs include ISS involvement, science programs, rocket development, spacecrafts, and space systems. Due to its hands in many aspects of space technology and its history, Roscosmos ranks 6th on this list of the top 10 space companies in the world in 2020.

Ranking 7th on this list of the top space companies in the world is The European Space Agency, an intergovernmental organization of 22 member states dedicated to the exploration of space. Headquartered in Paris, France, ESA currently employs about 2,200 people in 2020. Through the Internationation Space Station, ESA’s space program includes human space flight. IESA’s main programs include un-manned missions to the Moon; Earth exploration and observation, space exploration, and scientific advancement. ESA is working with NASA to manufacture the Orion Spacecraft service module that will fly on the Space Launch System.

Virgin Galactic is the third company on this list founded by a notable billionaire. Virgin Galactic is a spaceflight company within the Virgin Group and founded by Richard Branson, the founder of Virgin Group. The company’s goal was the maiden voyage — a program to fly private individuals into space by 2009, however, this initiative saw may drawbacks, culminating with an in-flight catastrophic disaster. In 2018, Virgin Galactic launched a manned-flight into space that went as far as 56 miles into the atmosphere. Suborbital space tourism is finally on its way as Virgin Galactic plans to move VSS Unity, its SpaceShipTwo suborbital spaceplane, to Spaceport America in New Mexico early in the year for a final series of test flights. Virgin Galactic is making a name for itself as one of the top space travel companies around.

The Spaceship Company ranks 9th on this list of the top 10 space companies in the world. The Virgin Galactic is the sole owner of the company currently, and the company is responsible for manufacturing Virgin Galactic’s spacecraft and will sell spacecraft to other buyers. In 2018, The Spaceship Company is duplicating and testing prototypes of an original design of SpaceShipTwo.

This is BizVibe’s list of the top space companies in the world ranked by innovation and leading recent developments pushing the industry forwards. These companies are changing the way for space exploration for the better.

Reach out to the top space companies today on BizVibe.

The Future of the Global Space Industry

The US Continues to Lead the Global Sportswear Mar 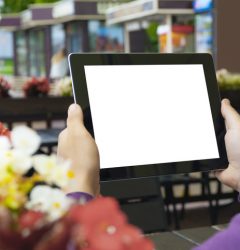 Top 10 Largest Media Companies in the World by Rev 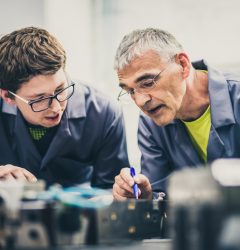