The salt industry around the world is experiencing growth at a stable rate as salt demand for both domestic and industrial usage continues to increase. It is expected that the global salt industry will continuously grow in terms of salt production and global salt trade, mainly driven by the increase in salt consumption by food processes and the rising usage of industrial salt as raw materials in the manufacturing of various products, such as caustic soda, soda ash, and chlorine. Meanwhile, new low-cost and energy-saving salt production process, such as solar evaporation, will further boost the development of the global salt industry.

Known as a chemical compound called sodium chloride, salt has been used as one of the essential food seasoning ingredients for thousands of years. Beyond domestic usage, other common uses for salts are in the electroplating process and electrolysis. Several metals are extracted using salt as an important catalyst in the industrial production. In countries with heavy winters, salt is also an important deicing agent to be used on roads.

Another report from Freedonia also reports that the global salt consumption forecasts to grow 1.9% annually to 335 million metric tons by 2020 — when the global salt industry will be valued at $14.1 billion. Growth in salt consumption has been particularly strong in China, which is also a top importer of salt despite its position as the largest salt producing country in the world. Regions such Asia Pacific, Middle East, and North America are expected to see faster market growth over the next few years.

Freedonia forecasts that average salt prices across the world will rise by 2% year on year, reaching $42 per metric ton in 2020. This will be a rebound from a low 2014/15 level when strong dollar and commodity price collapse put downward pressure on the dollar-denominated market price of salt globally. Optimistically, a more stable commodities market and increases in salt demand will boost the global salt industry through 2020.

The Netherlands Leads the Global Salt Exports by Value

Grow your business network in this industry, connect with top salt suppliers in the Netherlands

When it comes to salt exports, the Netherlands is on the top of the league.  According to recent figures from ITC (International Trade Centre), the Netherlands exported about US$ 235 million worth or equivalent of 3.7 million tonnes of salts to the global market in 2016, representing over 10.4% of the world’s total salt exports in the same year, making the Netherlands the world’s largest salt exporter by value. EU countries, such as Germany, Belgium, France, Finlan, and Portugal are currently some of the top importers for the Netherlands’s salt products.

Salt exports from the Netherlands are not only confined to table salt, but also includes rock salt, sea salt, Himalayan salt (also known as pink salt), and kosher salt. Rock salt is produced on a much larger scale in the Netherlands as compared to other salts. The Hengelo and Delfzijl are some of the biggest and oldest salt mines in the Netherlands, and their rock salts are mostly exported to Germany.

Salt Production Process in the Netherlands

In the Netherlands, the salt production process is conducted by solution mining. This involves drilling one or several wells down to a salt layer. Hot water is pumped down the well, dissolving the salt in the salt layer, and the resulting saturated brine is transported to a production plant, where the crude brine is purified in a brine purification facility. The water is subsequently extracted in an evaporation unit, leaving salt behind.

Connect with Top Salt Suppliers in the Netherlands

The prominence of the salt industry in the Netherlands has attracted a significant number of buyers and traders from all over the world. To help your salt business stays at the top of the industry, BizVibe provides the best solutions to source products and make the best business deals with the top salt suppliers in the Netherlands. Don’t miss your chance to connect with the best industry suppliers, manufacturers, and companies on BizVibe. 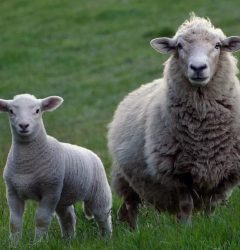