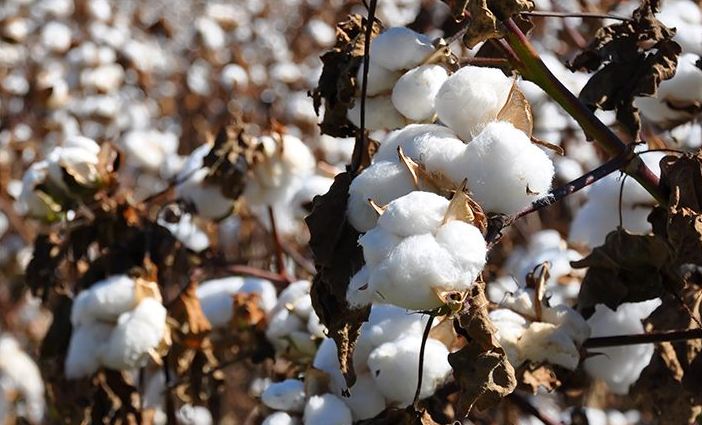 India leapfrogged China in 2015/16 to become the leader of global cotton output, thanks to its larger cotton growing areas than any other countries in the world. This year, India will retain its top position due to its 10.9 million hectares cotton harvested area, which account for over 37% of the total harvested area in the whole world, while China and the US only account for 13% and 9% respectively. However, USDA forecasts that the cotton yields in India will be 30% lower than the world average of 756 kg per hectare (674 pounds per acre). 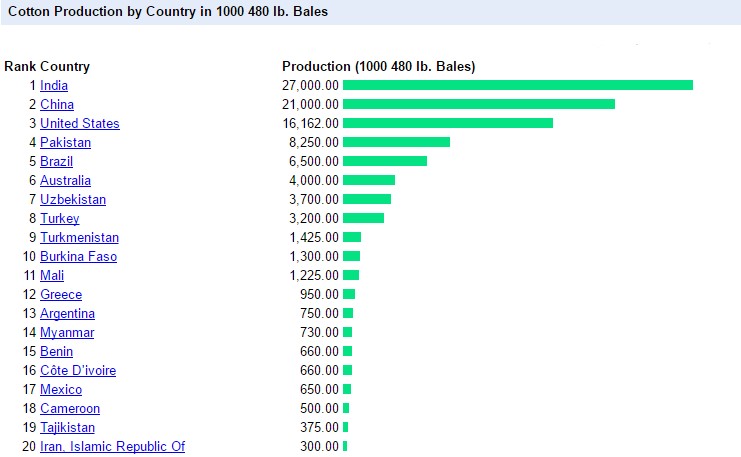 As the world’s second biggest cotton producer, China is expected a continuing downward trend in its cotton growing area. In 2016/17, the cotton area in China is projected at 2.8 million hectares, down by 8% from a year earlier, this is also the decline of the fifth consecutive year. The main reasons for declining cotton area in China include low cotton prices and decreased government support. Although a record high yield of 1,633 kg per hectare is forecast for 2016/17, China’s cotton output is projected at only 21 million bales, the lowest production estimated since 2000/01.

In the US, the cotton production is projected at 14.3 million bales for 2016/17, as the planted area is anticipated to increase by about 10%. Domestic mill use is projected about even with the 2015/16 level, while exports are anticipated to rise, while ending stocks will be unchanged from the beginning level.

As for other top cotton producing countries in 2016/17, Pakistan’s cotton yields is projected to increase 25%, but to remain below the average of recent years due to continued low prices, and it’s cotton output is projected at 9.0 million bales. USDA also expects that some countries which may see slight production increases include Turkey, with slightly larger area, and Greece, with a return to normal yields, while Little or no change is projected for Brazil and Central Asia in this financial year. 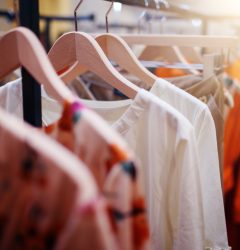 Top Clothing Retailers in the World in 2020, Cloth