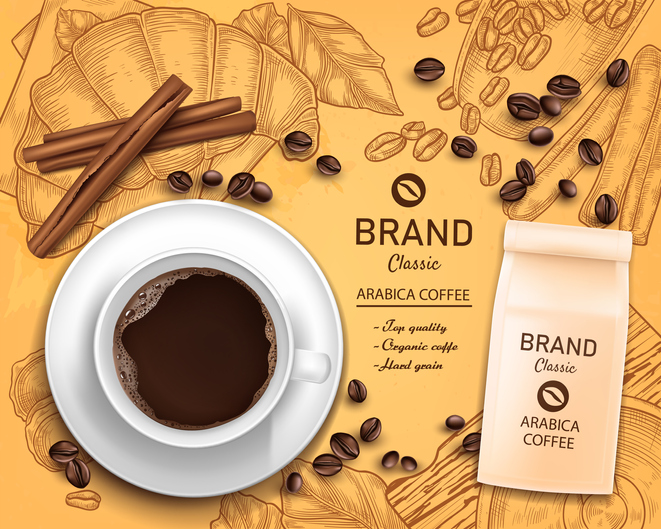 The global coffee market is growing at a rapid rate in 2020, led by stellar market performances from the top 10 coffee brands in the world.  Coffee is one of the consumed and popular beverages worldwide. Coffee is prepared and presented in numerous different ways. Typically served hot, coffee can also be served as iced coffee. The global coffee market, which was valued at approximately USD 102.15 billion in 2019, and is expected to reach revenue worth USD 155.64 billion by 2026, is set to record a CAGR of nearly 6.2% over the period from by 2026.

Additionally, this article will also dive into the top global coffee market insights, including:

BizVibe is already helping users connect with the top coffee brands. Connect, network, and engage with these companies today.

What is the best coffee brand in the world? Starbucks ranks number 1 on our list of the top 10 coffee brands in the world in 2020. Starbucks Corporation is an American multinational chain of coffeehouses and roastery reserves headquartered in Seattle, Washington. Starbucks is the world’s largest coffeehouse chain. Starbucks operates over 30,000 locations worldwide in more than 70 countries. Starbucks is known for serving hot and cold drinks, whole-bean coffee, micro-ground instant coffee known as VIA, espresso, caffe latte, full- and loose-leaf teas including Teavana tea products, Evolution Fresh juices, Frappuccino beverages, La Boulange pastries, and snacks including items such as chips and crackers; some offerings (including their annual fall launch of the Pumpkin Spice Latte) are seasonal or specific to the locality of the store. Lats year Startbbucks generated USD 26.5 billion — making it one of the top coffee brands in the world by revenue.

Costa Coffee ranks number 2 on our list of the top 10 coffee brands in the world in 2020. Costa Coffee is a British coffeehouse chain which is a subsidiary of The Coca-Cola Company. It is headquartered in Dunstable, England. Costa Coffee was founded in London in 1971 by two brothers Bruno and Sergio Costa as a wholesale operation supplying roasted coffee to caterers and specialist Italian coffee shops. The Coca-Cola Company acquired the company for USD 5.1 billion in 2019. As of September 2018, Costa Coffee was available on 3 continents in 32 countries, with 3,882 total locations. Headquartered in Dunstable, England, Costa Coffee currently employs 18,412 people. Last year, Costa Coffee generates USD 1.54 billion — making it one of the most popular coffee brands in the world.

Folgers ranks 8th on this list of the top 10 coffee brands in the world in 2020. Folgers is a brand of coffee produced in the USA, and sold there, in Canada, and in Mexico. Folgers has been the best selling ground coffee in the USA since the 1990s. Folgers operates multiple coffee brands, including then Classic Roast, including Classic “Red Can” and half-caffeine medium roasts; Classic Complements, including Gourmet Supreme (Dark Roast), 100% Colombian (Medium-Dark Roast), French Roast (Medium-Dark Roast), Black Silk (Dark Roast) and Breakfast Blend (Light Roast); Simply Smooth, a medium roast coffee; and much more. Last year Folgers generates USD 222 million in revenue.

Keurig ranks 9th on this list of the top 10 coffee brands in the world in 2020. Keurig is a beverage brewing system for home and commercial use. The main Keurig products are K-Cup pods, which are single-serve coffee containers; other beverage pods; and the proprietary machines that brew the beverages in these pods. Keurig has an 11% market share in the US for its ground coffee. Keurig beverage varieties include hot and cold coffees, teas, cocoas, dairy-based beverages, lemonades, cider, and fruit-based drinks. Through its brands and its partnership licensed brands, Keurig has over 400 different varieties and over 60 brands of coffee and other beverages. In addition to K-Cup pods, it includes Vue, K-Carafe, and K-Mug pods as well. Last year Keurig generated USD 2.86 billion — making it one of the top coffee brands in the world in 2020.

This is BizVibe’s list of the top 10 coffee brands in the world in 2020. These companies are directly contributing to the stellar growth of the global coffee market.

Top Coffee Brands in the World by Revenue 2020 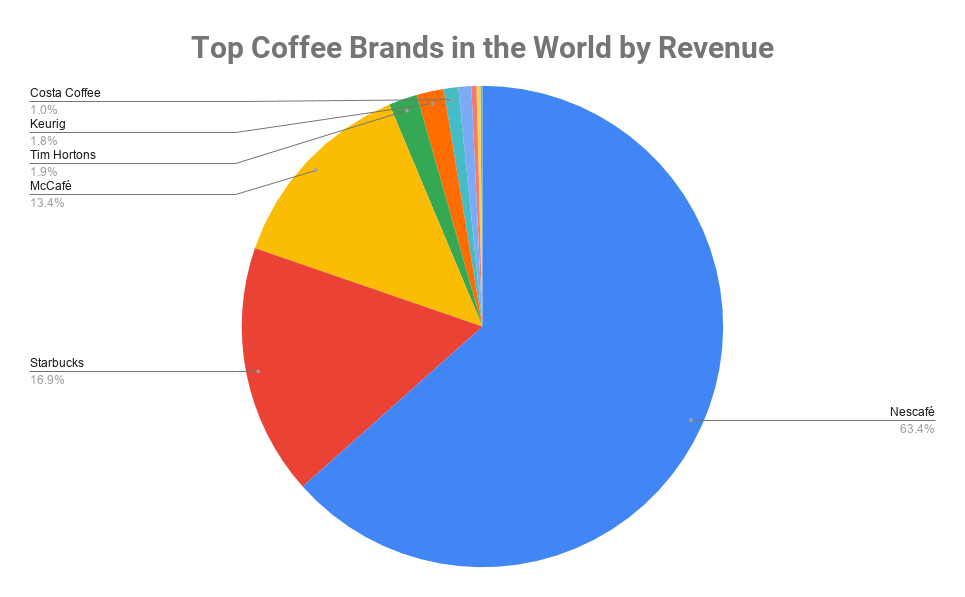 The Future of the Global Coffee Market

Looking past 2020, coffee production, sales, and even the coffee shops are expected to grow exponentially. Driven by consumption, the coffee market is here to stay and led by the current top 10 coffee brands in the world and their innovative products.